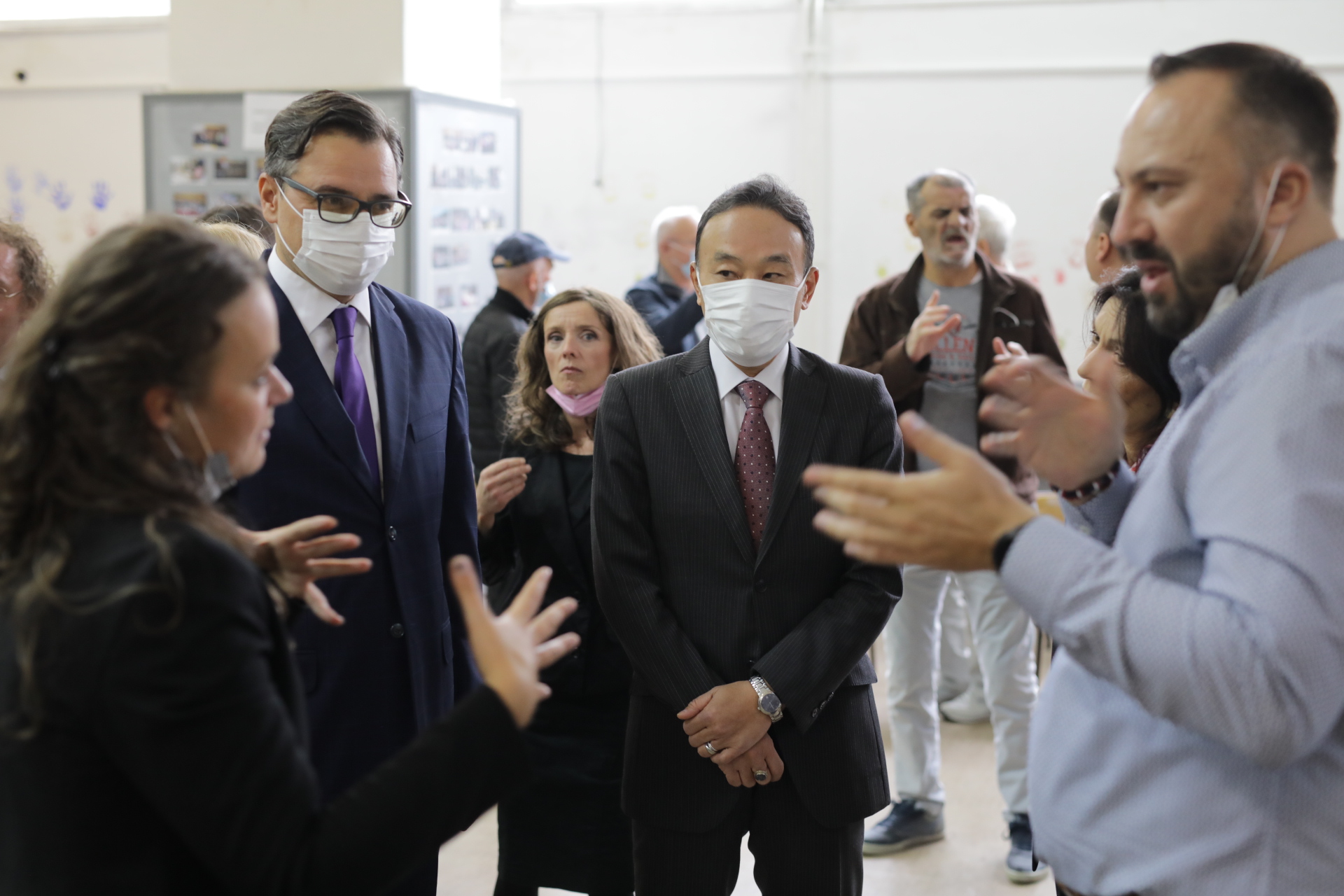 Belgrade, 23 September 2021 – The National Centre for Serbian Sign Language Interpreting with video relay service was ceremoniously opened today, as the first of its kind in Serbia, available 24 hours, 7 days a week, for all users in Serbia, and those passing through the country. With the opening of this centre, more than 70,000 deaf and hearing-impaired people, as well as members of their families, will be able to use the unique translation service, to and from sign language, which will further enable their independence, as well as better their everyday life.

The opening of the National Centre for Serbian Sign Language Interpreting was made possible thanks to the efforts of the Belgrade City Organization of Deaf Persons, Association of Deaf and Hearing Impaired Persons of Serbia and the Association of Young Deaf People of Serbia with the help of Serbian Philanthropy Forum and a RSD 16.2 million donation of Japan Tobacco International (JTI). JTI provided the funds for the opening of the centre and its first year of operation – including procurement of equipment and hiring of translators, as well as development and use of the application and equipment for video relay services necessary for remote translation. The funding for the implementation and opening of the centre was gathered on the occasion of last year’s National Giving Day, which was established at the initiative of the Serbian Philanthropy Forum and the Coalition for Giving, within the Project for Improving the Framework for Giving, supported by the United States Agency for International Development (USAID). Today’s opening ceremony was organized on the occasion of celebrating this year’s International Day of Sign Languages and International Week of the Deaf.

Deaf and hearing-impaired people face numerous challenges every day – in the street, in public or educational institutions, which significantly impact their quality of life. One of the biggest problems they face is that they cannot communicate, nor can they independently perform daily activities such as going to the doctor, children going to school, or communication of deaf parents with educators, communication with state and local authorities and self-government or centres for social work, courts and judiciary bodies, cultural institutions.

National Centre for Serbian Sign Language Interpreting will be the first centre that will be open 24/7 and will include the development of the sign language education system and education of translators. Active implementation of sign language is particularly important in educational and healthcare institutions so that the hearing-impaired can express their needs unobstructed and become members of the community with equal rights.

The UN Convention on the Rights of Persons with Disabilities emphasizes the importance of sign languages and views these languages ​​as equal to spoken ones ​​and obliges member states to foster the study of sign language and the linguistic identity of the deaf community. Each year, the last week of September is marked around the world as the International Week of the Deaf, and the UN General Assembly declared 23 September International Sign Language Day.