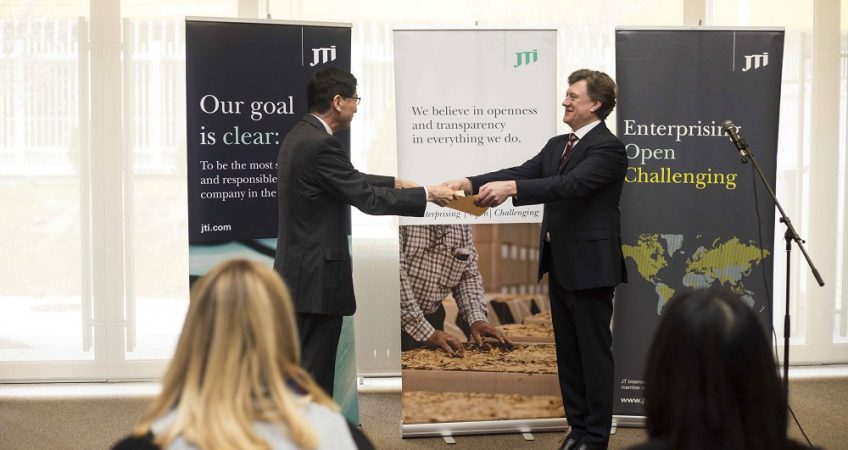 What is Naive Bayes algorithm? How do we connect Serbia and Japan over Kaizen implementation principles? What can we learn about environmental protection and mobile payments in public transportation from Japanese experience? How much are Serbians devoted to Japan and its culture?

These are just some of the topics covered in academic reseach papers, awarded with Sakura Scholarships for the best ideas related to Japan. Japan Tobacco International and Embassy of Japan started Sakura Scholarships to inspire students and researchers in Serbia to explore Japan. From over a hundred great ideas, committee chose the following:

H.E. Junichi Maruyama, Ambassador of Japan used this opportunity to deliver to JTI CEO Mr. Veklich the hand-written letter of Recognition of Japanese Embassy for JTI’s contribution in promoting Japanese culture in Serbia. 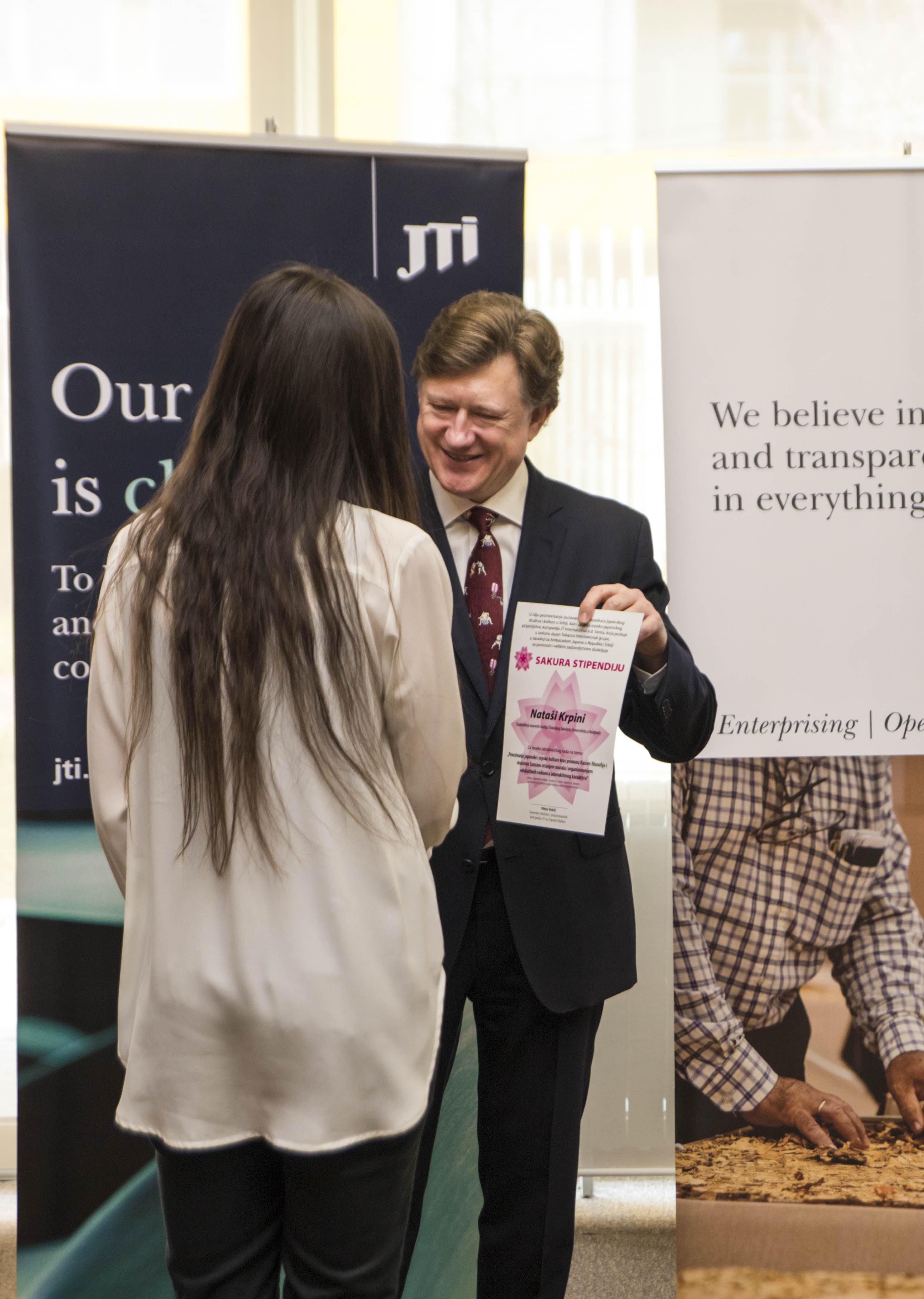 Mr. Veklich added that JTI strongly believes that talented researchers and students, such as Sakura scholarship winners, will bring prosperity to Serbia and contribute to promoting better understanding between the two nations.

One of the winners Isidora Gatarić said: “I greatly appreciate Sakura scholarship. It will enable me to gain practical experience in the implementation of Sentiment Analysis (one of the most popular methods of machine learning) on concrete research work related to Japan and Japanese culture. I hope that our work will motivate other students with similar ideas to apply for the upcoming Sakura competitions.”

“I am very excited and thankful to both JTI and the Embassy of Japan for the chance given and I hope that some of the Japanese spirit and way of thinking will bloom in Serbia as well” – added Nataša Krpina, another scholar.

Sakura scholarship competition celebrating its 7th anniversary is intended for students or researchers without full-time employment and a good research idea that may come from the field of Japanese language, literature and culture, Social and Technical Sciences, to Economy and Kaizen. It was named after the Japanese Cherry Tree which is known as the symbol of happiness and prosperity.

Japan Tobacco International, following its origins, is dedicated to bringing the best from Japan to Serbia and to contributing to even stronger relations between the two countries. Apart from Sakura Scholarship JTI has brought some of Japan’s most important artists, among which theatre “A La Place”, the percussion band “Ondecoza”, Gocoo drums, the traditional band Variki, the famous pianist Ingrid Fujiko Hemming and this year famous JapalKan.