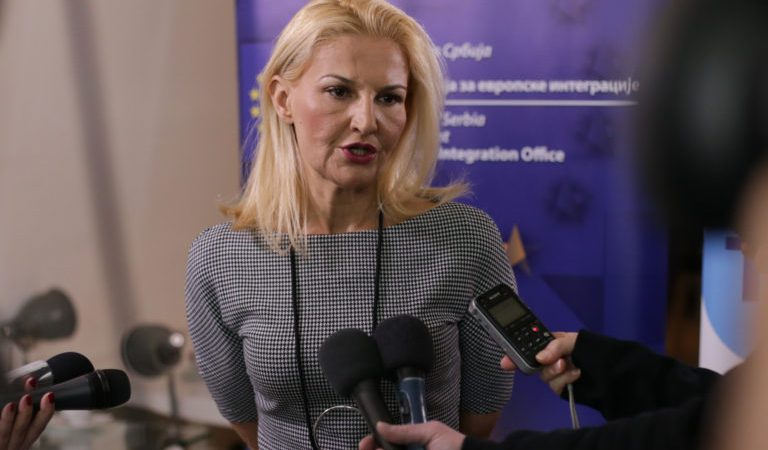 Media seminar held within the campaign “Europe, that’s you”

Belgrade, February 21, 2017 – A seminar for representatives of the media organized by the European Integration Office of the Government of the Republic of Serbia, European PROGRES, a development program funded by the European Union and the Government of Switzerland, and the Journalists’ Association of Serbia gathered over 20 journalists of national and local media. During the seminar, they had the opportunities to learn more about the European Union accession process for the purpose of informing citizens about all events that follow negotiations better, but also to find more about the European funds available for funding projects in our country.

“Improving the coordination of republic and local authorities, as well as communication between institutions and representatives of civil society is of great importance for the EU accession negotiations process. What’s particularly important is the role of the media which, aside from their informational role, also have an educational role because through them the citizens of Serbia gain insight into the advantages provided to individuals by joining the EU,” Tanja Miščević, head of the Negotiating team for negotiating about Serbia’s accession to the European Union, stated, adding that, within the negotiation process, two acquis chapters directly relate to media, Chapter 10 Information society and media and Chapter 23 Judiciary and Fundamental rights. She announced that in the following period the first draft of the negotiating position for Chapter 10 could be expected, and that the final version of the draft Law on electronic communication is also being prepared. She underscored that the Agreement on cooperation and measures for increasing the level of security of journalists was also signed at the end of 2016.
Ivana Đurić, assistant director in the European Integration Office, in the Communication and Training Sector, presented the newest research about the citizens’ views about the EU, as well as the publication “Myths about the EU” which aims to use arguments to respond to the doubts the citizens have about European integration, but also the importance of timely and accurate information about topics that concern all of us.
“News about negotiations and the opening of new chapters are important, but not sufficient for the citizens of Serbia to be familiar with the essence of European integration, i.e. about how this process and accession will influence their daily lives. What does this process mean for a young person, and what does it mean for a businessman or an agricultural producer? What are the benefits, and what are the challenges? The European PROGRES initiated the campaign “Europe, that’s you” in order to try and respond to some of the daily, life questions, especially those pertaining to the youngest fellow citizens,” said Marko Vujačić, national manager of the European PROGRES.
Speaking about support for the development of southeast and southwest Serbia, Marko Vujačić said that in the past 10 years the EU and the Government of Switzerland provided around 65 million in aid to local development programs, and that out of around 850 implemented ones, as much as 350 were infrastructure projects which included works on schools, kindergartens, healthcare institutions, communal systems, cultural and sport objects, but also creating technical and planning documentation. The supports that the donors offer through the European PROGRES is directed at improving the work of local administration, infrastructure, and particular attention is paid to support to vulnerable societal groups, as well as the development of entrepreneurship, all with the goal to improve the life standards of the populace.