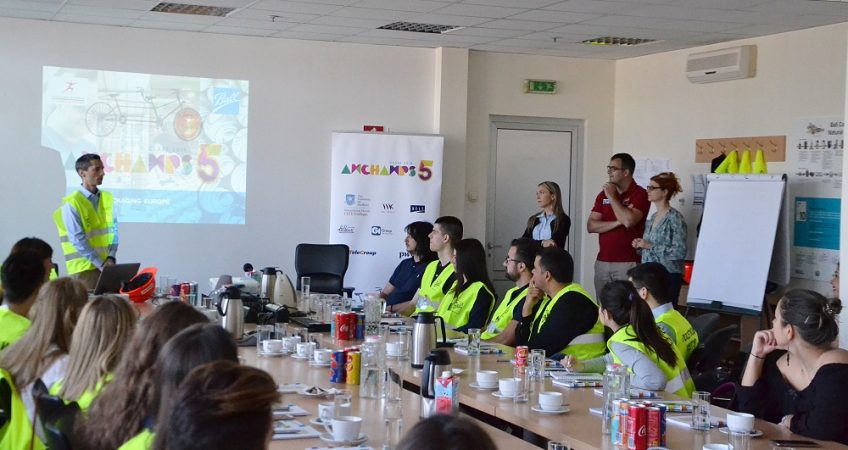 For the fifth year in a row, twenty final-year students of faculties or master studies and their mentors visited the leading companies in Serbia, within the “AmChamps“ mentorship program of American Chamber of Commerce (AmCham). This time they were welcomed by representatives of Ball Beverage Packaging Europe and Coca-Cola HBC Serbia, who provided future young leaders with an opportunity to learn about their operations in the Serbian market.

The AMCHAMPS SERBIA – YOUNG LEADERS OF CHANGE annual educational program was initiated by AmCham in 2014, with an aim to support education and development of young people – leaders, who will be at the helm of the business community in Serbia in the upcoming period, through a synergy of the academic and corporate sectors.

This program enables university students and managers to work in pairs with mentors and thus gain new knowledge and develop business skills and abilities that will help them as potential recruits in the labour market. Over the course of one year, the participants attend workshops and lectures where, in addition to advice, they also get specific tasks and projects.

After a tour of the Ball Beverage Packaging Europe beverage can factory, which exports its output to more than 20 markets, the future young leaders met with Branislav Savić, Plant Manager, who said the following: “The AmChamps program provides an opportunity for talented youth to become leaders quickly through cooperation with top professionals, and we have been applying that approach for 13 years now, since the launch of operations in Serbia.”

In the Coca Cola HBC Serbia factory, the students were welcomed by Aleksandar Ružević, General Manager of the company. He talked with them about his early career and opportunities for professional advancement. “We are very glad to host the fifth generation of the AmChamps participants at the premises of Coca-Cola HBC Serbia today. We traditionally support this unique educational program for young leaders, not only as an AmCham member, but also as the company that has been investing continuous efforts in empowering and motivating youth to create their business identity, for many years now.”

The program of professional growth and development, AmChamps, has been attended by 200 young people – managers and students.